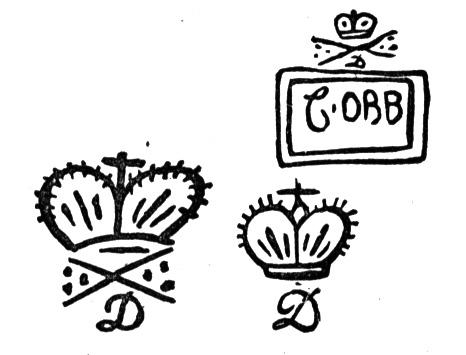 The vil­la has small lizards, tokay geck­os. Beads for eyes, ghost jade skin, dis­tinc­tive squawks. At first they were cute, until a cou­ple fell on us dur­ing the night,. I catch a baby, small­er than my favourite fin­ger, under a plas­tic soy bowl, then don’t know what to do with it. I leave the soy bowl where it is, in the mid­dle of the cool tiled floor, with a post-it. “ABSOlutely don’t TOUCH this!!!!”

“You’re gonna leave that there?” says my adult daugh­ter, Wade.

“You’re one to talk,” I tell her. She knows this is true, so she ducks out. Pretends we need more ice cream, which may well be the case.

We’re at this vil­la because her boyfriend blacked her eyes, but I’m not allowed to talk about that. She’s going to go back to him, she says, after they’ve both had a cou­ple of weeks away to cool jets. I have my own thoughts, with­held for now.

I look in the freez­er, where there’s a big tub of Ben & Jerry’s after all, and as Wade’s get­ting some more any­way I dig in with a dessert spoon. Screw it, this is a hol­i­day! Live a little.

Since com­ing out to the vil­la, I’ve called her boyfriend now four or five times, and when he picks up, I whis­per “Dieeeeeeeeeeeeeeeeee!” draw­ing the word out for as long as I can. I hide my num­ber – I’m not stu­pid. He lis­tens until I run out of breath, and then he hangs up. Then I call again, and this time I say noth­ing, and he waits, and waits. The longest he wait­ed was two min­utes, before he said, “Stop call­ing,” and put down the phone.

When she was younger, Wade want­ed to be a trav­el pho­tog­ra­ph­er, so before com­ing on this trip I picked her up an expen­sive cam­era, and dur­ing the day I leave the cable TV on, switched to the doc­u­men­tary chan­nels. Planting seeds. With daugh­ters you can’t wake them up by force, you can only cre­ate the envi­ron­ment for them to wake up in by themselves.

She’s left the cam­era behind, so I turn it on and flick through what she’s tak­en. Fifty iden­ti­cal pic­tures of the sun­set from our bal­cony, a dozen of wine glass­es from dif­fer­ent angles, some flow­ers, a starfish, a white church against a vibrant blue sky. One of me sleep­ing it off, my paper­backs bal­anced three-high on my head.

I’ve been here twen­ty times before, and I’ve nev­er seen the white church. She must be slip­ping out in the morn­ings, explor­ing. That’s good. Great, even. Tonight I’ll get more wine in, and tell her the local col­lege here runs a pho­tog­ra­phy course. It’s in English, if she’s wor­ried about lan­guage, and I can afford it, if she’s wor­ried about money.

Her phone rings, and when I see who it is I answer.

“You stay away from my daugh­ter,” I hiss. “If you don’t, I’m going to pay some­body to put a hole in your dirty lit­tle face.”

I’m so angry, I throw the spoon into the wall and make a black mark.

I don’t say any­thing, let the dead air fill the world. After a minute, he says, “Stop call­ing me,” and puts down the phone.

I think that went well. I check out the black mark in the wall, try rub­bing it off with a lit­tle bit of spit. It’s not going any­where. They’ll just have to charge me for it.

Wade comes back, call­ing Yoohooo, like she’s a guest, and this is a sit­com. She still doesn’t ful­ly realise how wel­come she is.

“They didn’t have ice cream,” she says, “so I got Greek yoghurt with hon­ey instead.”

I coerce her into the car, and togeth­er we dri­ve out to the super­mar­ket in town ‘to rec­ti­fy this hor­ri­ble mistake’.

Later, while I’m open­ing a sec­ond bot­tle of red, she calls me over. There’s a big­ger lizard by the plas­tic soy bowl, look­ing like it’s try­ing to push it over, try­ing to let the lit­tle one go free.

Christopher James lives, works and writes in Jakarta, Indonesia. He has pre­vi­ous­ly been pub­lished online in many venues, includ­ing Tin House, McSweeney’s, Smokelong, and Wigleaf. He is the edi­tor of Jellyfish Review.