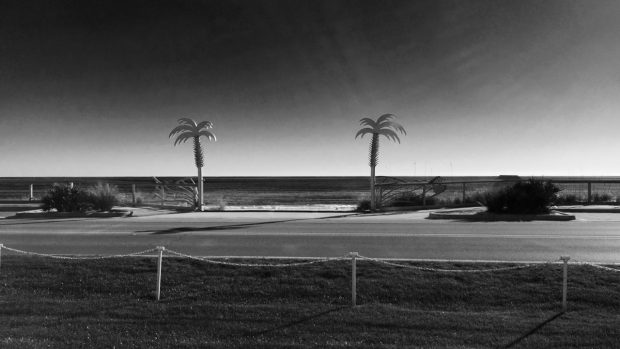 Brown Sparrow was asleep in a lin­den tree when the first sui­cide bomber blew up. The two fol­low­ing implo­sions shook her body. She didn’t pause to breathe but left the lin­den tree and flew along the Canal de St. Denis, past the hon­ey locusts, horse chest­nuts, mimosas and Empress trees on the Boulevard Voltaire. She flew over Le Bataclan. There was no refuge tonight in Paris.

Syria was a mess, just rocks and ruin. Not a tree in sight. She flew past Aleppo, Raqqa, Deir al-Zour until she reached Palmyra, and final­ly a pub­lic square. And there she found the chief archae­ol­o­gist of antiq­ui­ties, al-Asaad of Palmyra, his bloody body strung up with red twine by its wrists from a traf­fic light, his eighty-three-year-old head rest­ing beneath his feet, eye­glass­es still on.

Brown spar­row alight­ed on his shoul­der and began to sing about his daugh­ter Zenobia, whom he’d named after an ancient, war­rior queen. Then she caught the soul of al-Asaad and car­ried it to heav­en in Aphrodite’s chariot.

And, briefly, the world stopped and lis­tened to her song of love and mourning.

Lucinda Kempe’s work has been pub­lished or is forth­com­ing in r. kv.r.y., Jellyfish Review, Summer­set Review, Matter Press’s Journal of Compressed Creative Arts, decomP, and Corium. She won the Joseph Kelly Prize for Creative Writing in 2015 and is an M.F.A. can­di­date in writ­ing and cre­ative lit­er­a­ture at Stony Brook University.